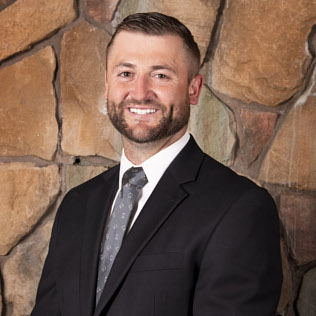 In 2014, he received his Bachelor’s degree from Creighton University with a major in Exercise Science and a minor in Biology. In May of 2016 he joined the National Guard and has been actively serving in the medical detachment. He is thankful for the experience and education he gained in the dental field through this opportunity.  He graduated from the University of Nebraska Medical Center Dental School in 2020.

Originally, Dr. Pearson was born and raised on a farm in south central Nebraska near Holdrege.  He is happily married to his wife, Megan.  They have a son Hayes and a daughter Monroe.

When he's not working on teeth, he enjoys spending time with family, golfing, and helping on the family farm.